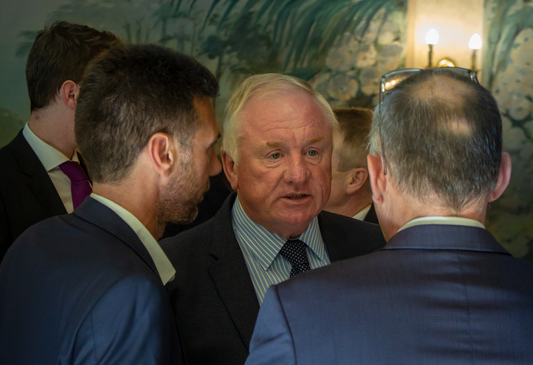 Tony is a business leader and entrepreneur in the Communications sector. His latest role is General Manager for Dense Air Portugal, which has a national 5G licence and plans to roll out host neutral 5G network services.

While the challenge of being involved in rolling out the latest technology alone was sufficiently attractive to Tony, perhaps more important was the opportunity to pioneer a new host neutral business model which could define the key to success for 5G in the future.

Tony is the Chairman and major shareholder in Sigma Wireless Group which builds critical communications networks for Public Safety, oil and gas and peacekeeping customers in Ireland, Africa and the Middle East.

Sigma Wireless has started 7 businesses since its foundation in 1991 in areas such as antenna manufacturing, distribution, retail and systems integration, all in the wireless sector. His Sigma Wireless experience was built upon a very successful 13 years as CEO of the Motorola business both in Ireland and UK and then Vice-president and director of European Group operations.

Tony is currently a director and shareholder in Tetra Ireland a JV with Eir and Motorola which delivers the national digital radio service for all emergency services.

Having moved to Lisbon in 2015, Tony with his wife Aoife, founded the Ireland Portugal Business Network, a non-profit association whose aim is to stimulate trade and collaboration between Ireland and Portugal.